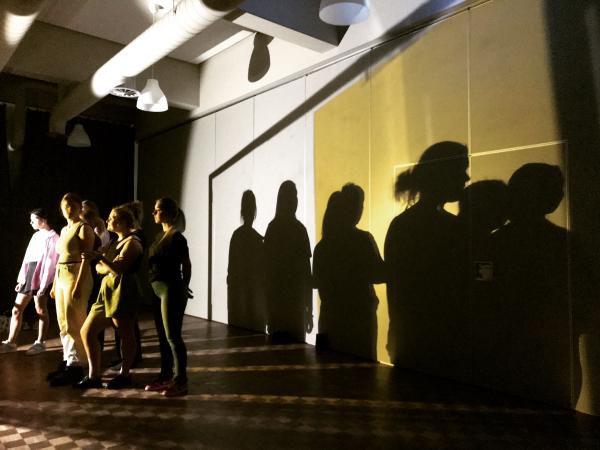 
Directed by Els Roobroeck at Compagnie Covar, seven girls take us through their house, where there is a memory in every place. They talk about their brother, their father and mother. About their normal life. They carry a secret with them. An event that put a stop to that normal life. 'Nachtwaken' is a diptych. It is also a narration of the short story "Esther in the night" by A.M. Holmes, in which a mother talks about her son having a serious car accident. I make and play the music for this performance. site