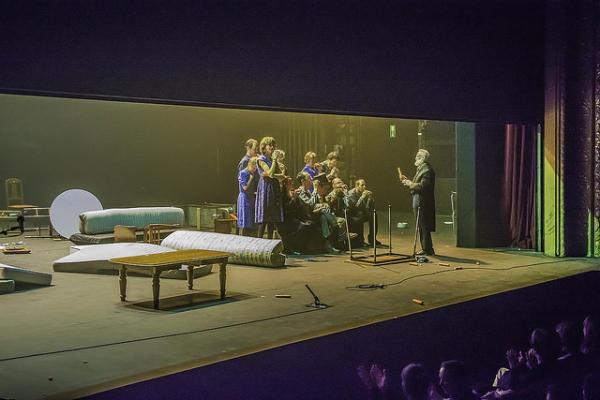 
As part of NTGent's 50th anniversary, Servé Hermans, Koen Haagdorens, vzw Kompas and a cast of people with a disability, took up Louis Paul Boon's text. This became a visual theater performance, with a lot of room for the music I made. The cast also played a piece I composed for carrot flutes.