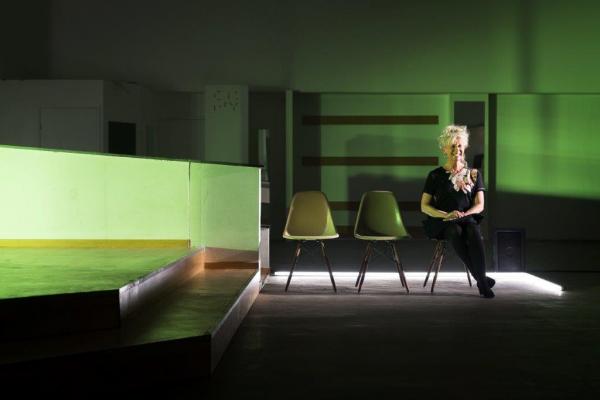 
Actress Mieneke Bakker and journalist Wiel Beijer wrote 'Ich bau dir ein Schloss', in which they merge their own observations and those of others about the Eastern mining region in Limburg (nl), past and present. The result is two monologues (Willemien and Bettina), both played by Bakker, directed by Servé Hermans at Toneelgroep Maastricht. For both women i made a completely different musical timbre. I gave Willemien, the detached architect, with an eye on the future, an industrial sound. Bettina, the open café owner, with her eyes on the past, received a more nostalgic sound, as if the town's last band was playing nextdoor. site